....that's the word on everyone's mind in the west these days.


It's still a bit too early to say for sure, sometimes winter out west takes it's *sweet time* to arrive, Nov. Dec. and Jan. can be dry... but in February, March, and April we get blasted eight ways to Sunday, and catch up. Let's hope that kicks in this year, but so far no forecasts predict that.
Here's the stats to date:
Driest year since 1977. Driest year since records were kept, in 1849.
Snow pack in the Sierras? - 17% of normal.
Here's an image of last year (at left) and this year, at right, courtesy of the NOAA. 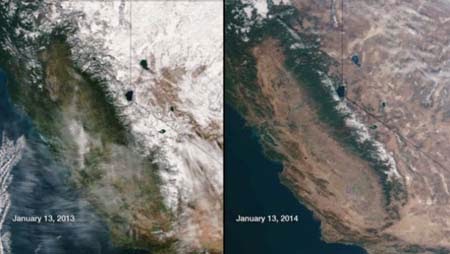 Pretty grim, methinks. It could all get 'fixed' in February March and April... but then again.. it could not. It could, in fact last much, much longer than that, according to an SF Chronicle article:

"carbon dating of tree stumps found in Mono Lake when water levels there were at a low point indicate that some California droughts have lasted as long as 150 years, time enough for a tree to grow in a lake basin."

That's a very scary thought, a 150 year drought.
If you are not out west, and think you might not be affected, consider this:
California grows about 1/2 of the US food - fruit and veggies.
And 80% of the almonds, worldwide.
If all this (rain and agriculture in Ca.) collapses? I don't even want to think about the consequences. They are catasthropthic.... even if you don't like almonds.
Think about the possibility of a produce aisle w/ a lot less produce, and much more expensive. Think about VERY long lines for anything green, and prices thru the roof.
And wine? Vineyards are not a 'plant some seeds, and harvest in a few months' thing. They could get hit pretty hard too.

What can anyone do? Well, i can't do jack-shit about it all...I can try and conserve, but really, what difference does one person in a studio apt. make?
Only thing I can do? How about a digital 'rain-dance' and post it online. 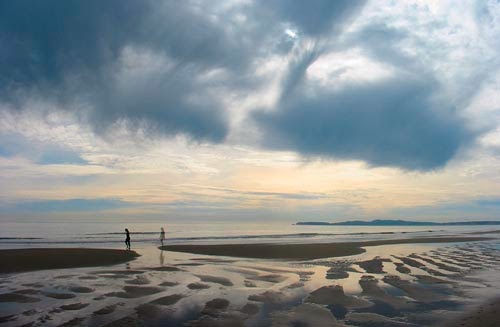 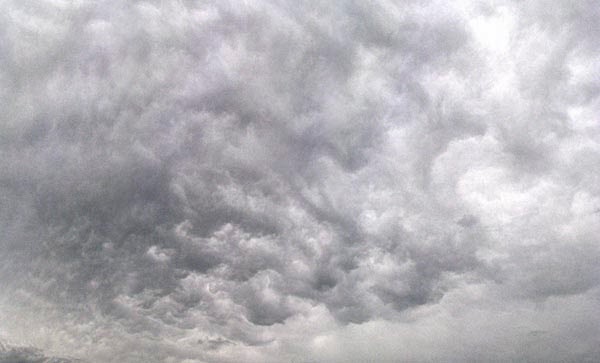 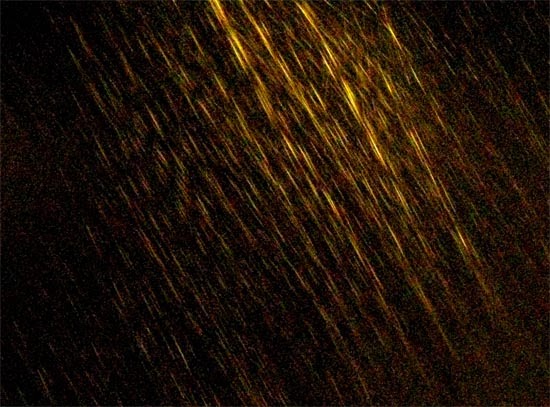 Maybe if we ALL think *rain!* it may happen!

Here's a few links that go a bit deeper than CNN:

And one w/ a very local concern:

On Saturday, Jan 25th, my favorite pacific satellite image
(http://www.intellicast.com/Storm/Hurricane/PacificSatellite.aspx?animate=true) looked like this: 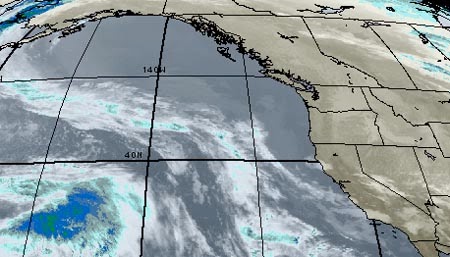 It looks like that big hi pressure system has moved north(?), maybe that's a good sign. There's definitely some serious moisture headed our way ( that's the blue areas).
The evening before, there was enough cloud cover for a nice sunset: 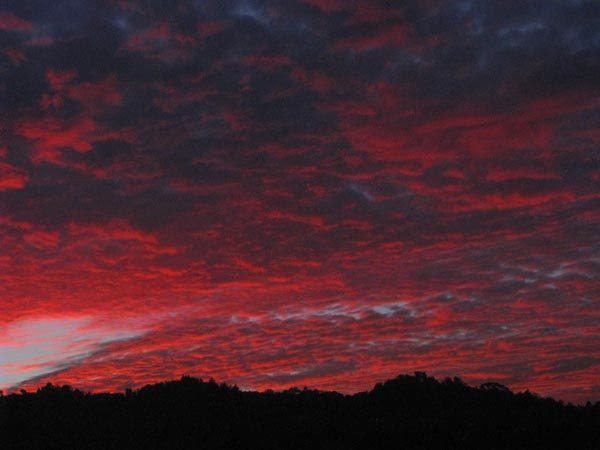 But rain just didn't arrive, a smattering, scattered wimp of a 'storm. It doesn't even deserve to be called a storm. Enough to get the streets wet. BFD, ya know?

Let's hope for the best...but we had better prepare for the worst.
Posted by CaliforniaSilverwizard at 12:59 PM No comments: