The 'winter that never showed up'...

...is coming to an end....The fourth in a row.
March brought next to nothing, a few somewhat interesting skies as remnants of low pressure systems drifted over, but about enough rain to get the pavement wet. 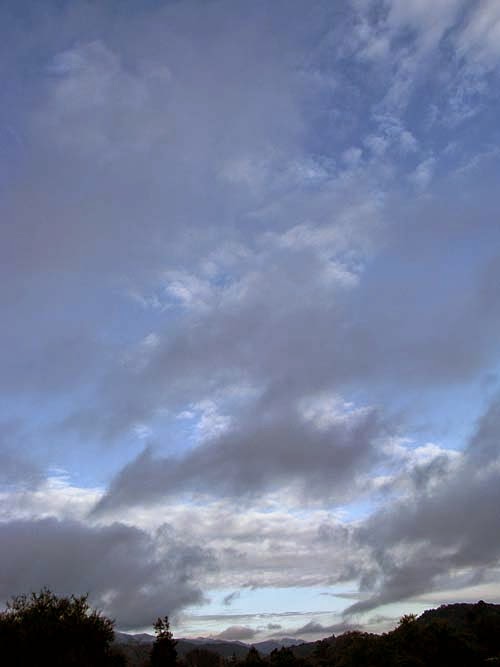 And a bit of nice cirrus too. 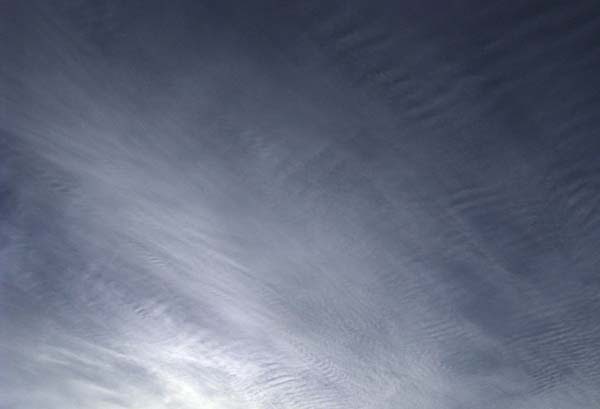 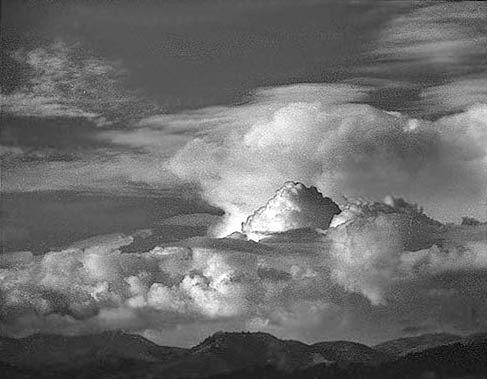 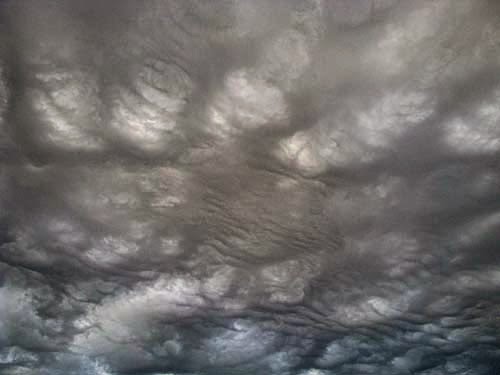 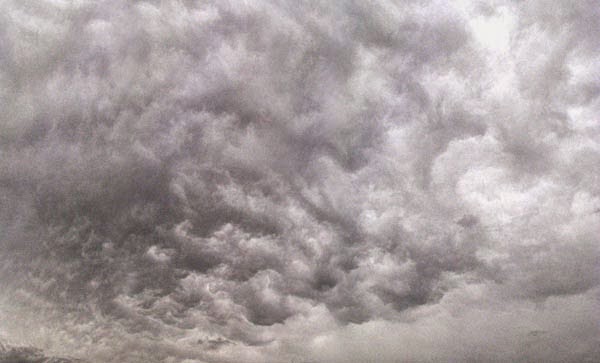 In the time I might have spent editing some new batches of stormy gnarly clouds, I did some research. What's been the cause of all this?
It's been dubbed the 'Ridiculously Resilient Ridge' (of high pressure). 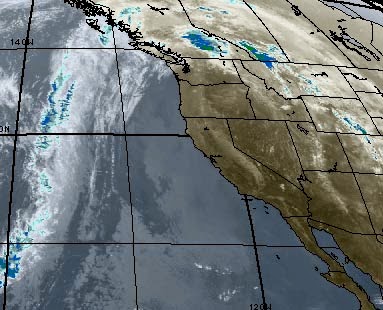 http://coyot.es/slowwatermovement/2014/09/29/ridiculously-resilient-ridge-possibly-dismal-climate-scenario-for-california-and-beyond/#ixzz3VXZWD8HY
To quote from this blog:
"I will, however, speculate on possible implications if the Ridiculously Resilient Ridge is going to be around for the next few decades. While we don’t know if the ridge has formed in the more distant past, we do have a good idea about what California’s climate was like over the past 10,000 years – and it isn’t a pretty picture. It has been very well established that droughts lasting MANY DECADES have come through the area, drying up lakes to the point that trees grew to mature size in their lakebeds, and possibly causing various civilizations in the Southwest to collapse. It’s certainly possible that the Ridge or something like it played a role in those droughts."

[[Canyon De Chelly is probably an example of this: 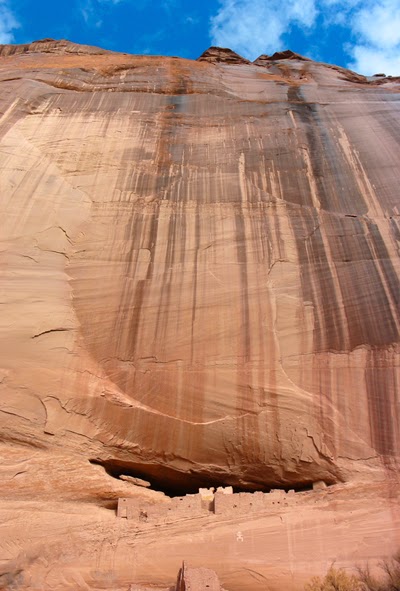 About a thousand years ago, there was a serious drought, and many if not most of the SW native americans pulled stakes, and moved to... who knows where?... probably north.]]

Pretty scientific for a guy like me, but understandable, give it a try, there's a nice animation part way down the page:
http://www.weatherwest.com/archives/tag/ridiculously-resilient-ridge

The RRR is coupled with the 'TTT':
"In the east, we’ve seen its southern-dipping counterpart, which I call the “Terribly Tenacious Trough.”
http://www.scientificamerican.com/article/weird-winter-weather-plot-thickens-as-arctic-swiftly-warms/


Here's a map that says it all: 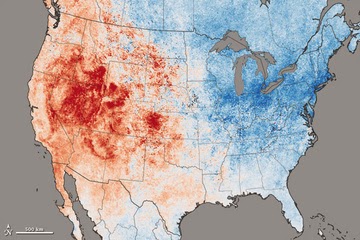 Many other interesting links:

Aspen is running out of snow.
http://www.mensjournal.com/magazine/aspen-and-the-end-of-snow-20140117

Owens Lake (now Owens Valley) is a prime example of short sighted water use.
The 110-square-mile lakebed has been dry since 1926, 13 years after Los Angeles officials opened an aqueduct that diverted water 200 miles away to the young metropolis. The audacious water grab, memorialized in the 1974 movie Chinatown, turned the lake into a ghostly white alkali void. Winds sweeping down the Sierra Nevada kicked up a toxic brew of arsenic and other carcinogens, carrying it up to 75 miles and threatening the 40,000 residents of the Owens Valley region and beyond with asthma and emphysema — even heart attacks.

“You don’t want to breathe this stuff,” says Schade. “It can kill you.”

There is something here for a wide variety of people - from cloud watchers like me, to pilots, farmers and who knows how many others.

Yes, the ripple effects will be like dominos, one cascading into another.

Drier conditions? More fires. And forest fires start a series of events. The fire leaves the ground unable to absorb any further rain, so if and when it does rain? It doesn't sink in, it creates mudslides.
It takes many years for the land to heal itself... in the meantime....?

The Central Valley loses water, & farming & agriculture shrinks? People lose jobs and maybe move on, towns and businesses dry up. And what does this do to the price of your produce?

4/1 - announced today by order of Gerry Brown - a push for a 25% reduction in water use.
Of course this does not apply to agricultural water use, which is waaay more than consumer use.


I'll be back in a month, probably w/ more bad drought news, but with some good skies from my archives.

Posted by CaliforniaSilverwizard at 9:49 PM No comments: