OK, it's back to winter, storm system movin' in brought interesting clouds thru the AM hours, by 3PM, gusty winds, and showers. 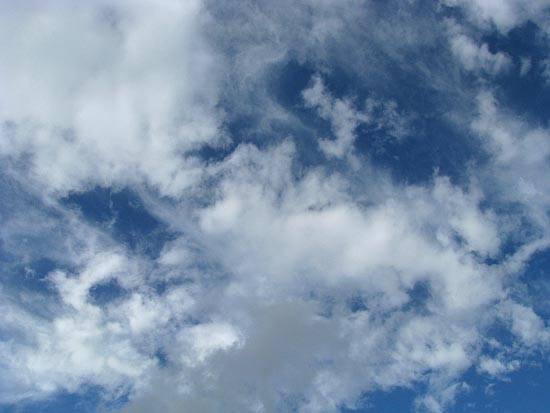 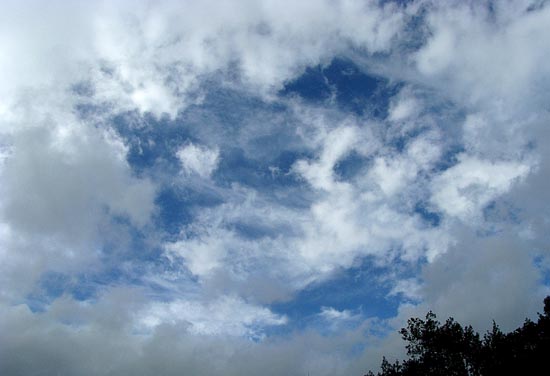 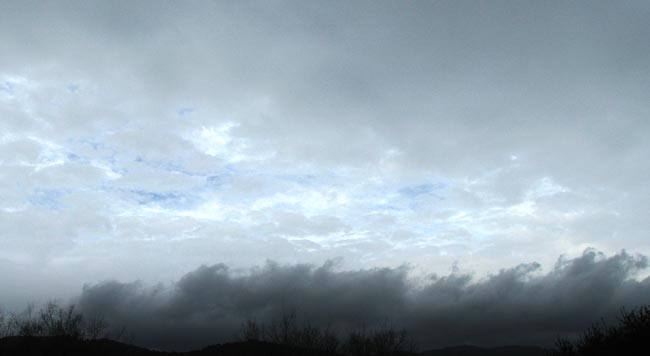 There's an interesting detail in this shot, it's on the left side: 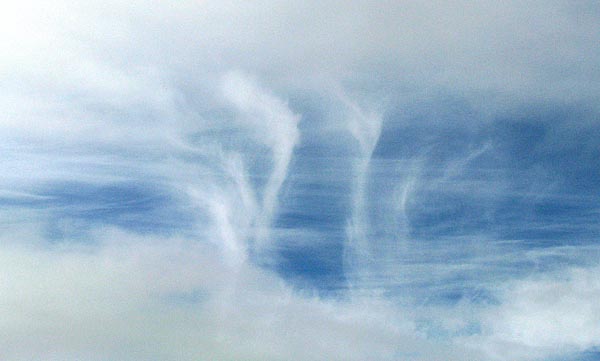 I gotta title this one 'angry!' 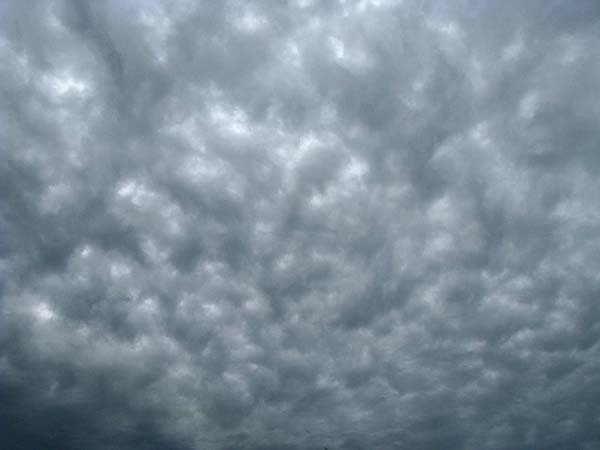 I woke up at 4:45 AM on the 18th, to hear rain whacking my windows, bigtime. I almost never get rain or my north facing windows. A look outside, and the street lamp lights up furious rain, coming down about 30 degrees less than horizontal. I sat, smoked a cigarette, and listened to and watched the show. A movie w/ sound effects. Wowweezowee!!

After that? 10 days of summer, without the fog.

2/28
Another weak front moves thru. Grey skies w/ a few interesting patches of blue. Nothing to get excited about, no rain.

Of course this is rather general, it all depends on where you are - I am in San Rafael, just north of SF. Weather in the west is very dependent on elevation - precipitation is rain at the coast, in the valley - in the mountains it becomes snow.

At 7:30AM Sat., showers start. It's on and off for a while, later in the day it gets steadier and very windy.

Sun AM, i wake to clear blue skies thinking 'this ain't much of a storm!' but by 10 AM showers start, with periods of broken clouds and some sunshine.

Sun 3 PM - angry skies, but no fucking rain at all.

Sun 6 PM - OK, predictions come true, it's raining... but nothing bombastic, just a nice steady 'so glad i paid the rent and can hide inside' kinda rain.

Monday - A few scattered showers in my neck of the woods... but dig this, not so quiet elsewhere:

By late Wednesday 3/9, forecasts are a-changin' - more on the way, satellite says it all: 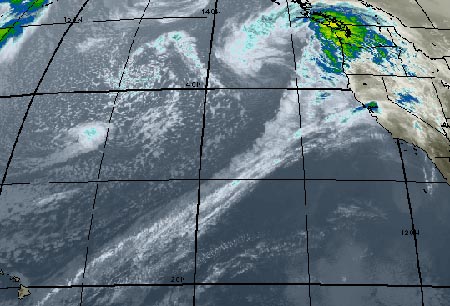 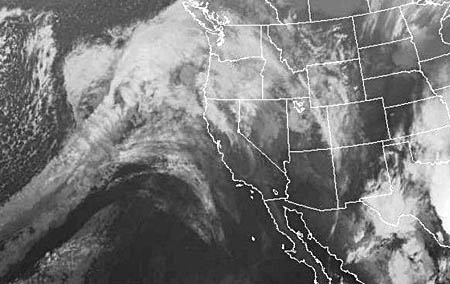 Here's the bookmarks i have, FWIW - if you're on the west coast:

http://www.weatherwest.com - as of 3/9 PM
A look (even further) ahead
"In the longer run, it seems likely that a fairly active weather pattern will continue across California for much of March. It’s hard to say at this point whether precipitation this month might approach the remarkable late-season levels of the “Miracle March” in 1991, but it does at least appear likely that California’s snowpack will recover toward or even above average levels in the coming weeks. It’s less clear whether Southern California will be able to make up the seasonal precipitation deficit that has accumulated this year despite the near record-strength El Nino event in the tropical Pacific. Still, it appears increasingly likely that March will at least be able to make a dent–even though it’s quite clear that California’s multi-year drought will persist through the summer."
Thursday, the rain kicked in again, starting mid afternoon. I have a 2 piece suit that keeps me dry from head to toe, wore the top part, didn't wear the pants, which i regretted on the way home from work. Rained all nite, friday AM, the pattern changed to on & off showers - sunny for 1/2 an hour, turning grey, then raining for 20 minutes, the stopping - the cycle repeated through the day, 'til mid afternoon.
------------------------
"Drenched by 'March Miracle,' Northern California reservoirs inch toward capacity"
BY JOSEPH SERNA
March 14, 2016, 4:25 p.m. 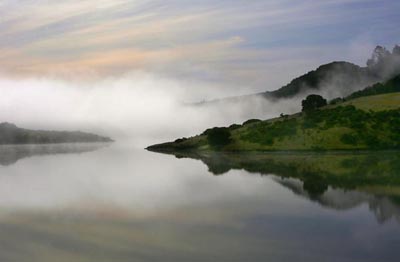 Nicasio reservoir, western Marin County - full.
------------------------
There are many effects of the drought, on ecosystems, and on plants and animals already stressed.
A sad progression for sure: 'Probably drought hastens the decline of Joshua tree."
Los Angeles Times - Published 2:25 pm, Wednesday, June 10, 2015 -
Re-published in sfgate.com:
http://www.sfgate.com/news/article/Drought-hastens-decline-of-Joshua-tree-6319456.php 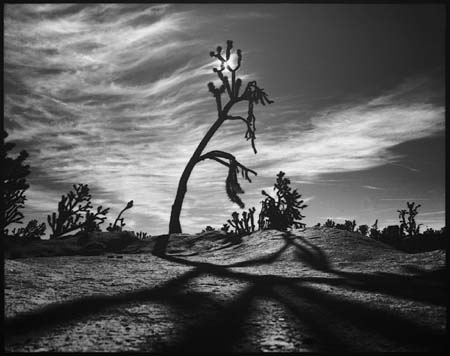 A sad sight.
These are proud plants, they should look like this: 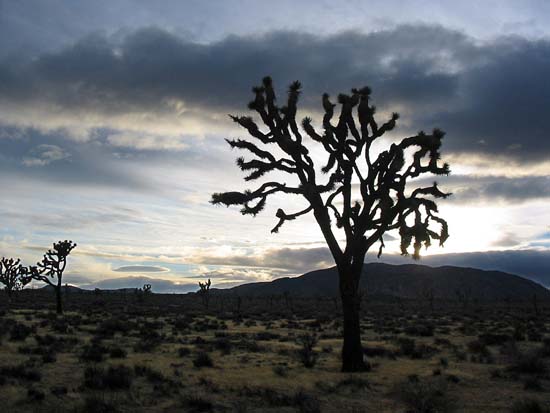 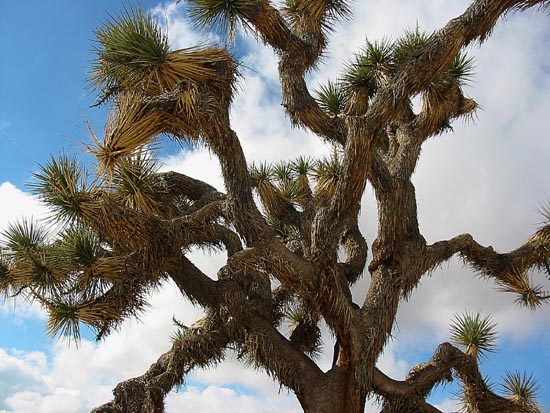 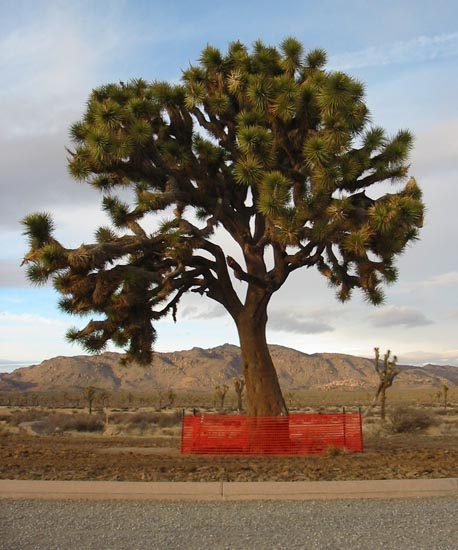