This El Nino was a bust!

Winter went out with a whimper, no bangs to be had here. 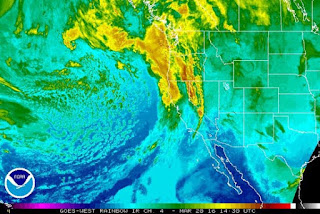 It looks like it's all heading north of me, just brushing Nor. Cal. a wee bit.
By 11AM a few drops, enough to make the street wet.
3PM - light showers, very bright skies, not much of a cloud layer, not much of a 'storm'.
3/22
My open window is whistling at me - i used to live in an apt on the 4th floor of a marvelous apt. building in SF, 12th Ave, just north of GG Park, never modernized ( thankfully) i could open the kitchen ( west facing window) and the living room window ( east facing ) and almost fly a kite in the apt. It had the original phone, a bread board pull-out, an ironing board, and pull-out seats and kitchen table. Makes big use of small spaces.
This wind is almost as nice. It shakes the small palm plant in my window, i can feel it on my cheeks. I would love to be back in that apt., but SF real estate has gone *whacko* the last 15 years. I'll bet the apt i paid 550$ for is now worth close to 2K$.
March 22 - Conditions were ripe for rainbows:
Rainbows over San Francisco
Douglas Zimmerman Updated 10:44 am, Tuesday, March 22,
http://www.sfgate.com/news/article/Rainbow-over-San-Francisco-6949484.php
In the course of doing some rainbow research, i came across this:
http://www.slate.com/blogs/bad_astronomy/2014/09/17/circular_rainbow_rare_optic_effect_seen_from_the_air.html
Wowee-Zowie!!
April 9-10 Weekend
This might well be winter's last gasp.
Mucho rain, mostly at nite, i wake up at mid night Saturday for a quick trip to the bathroom, and outside my window? Cats, dogs, (and other small mammals) comin' down. The New Yorker magazine sells a nice umbrella, that is cats and dogs :-) 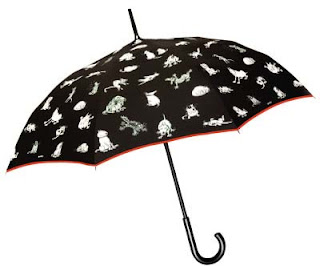 4/21
An interesting day for clouds: 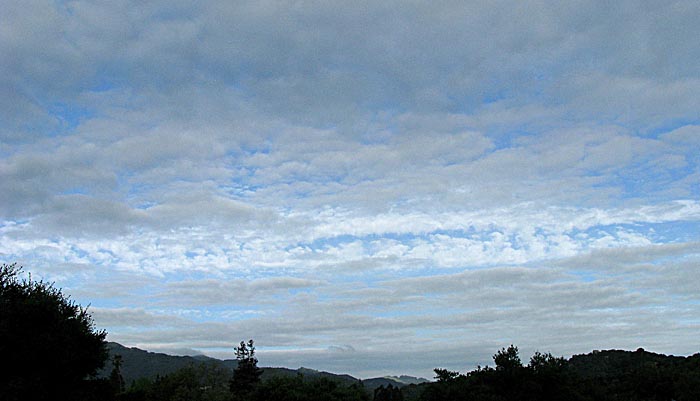 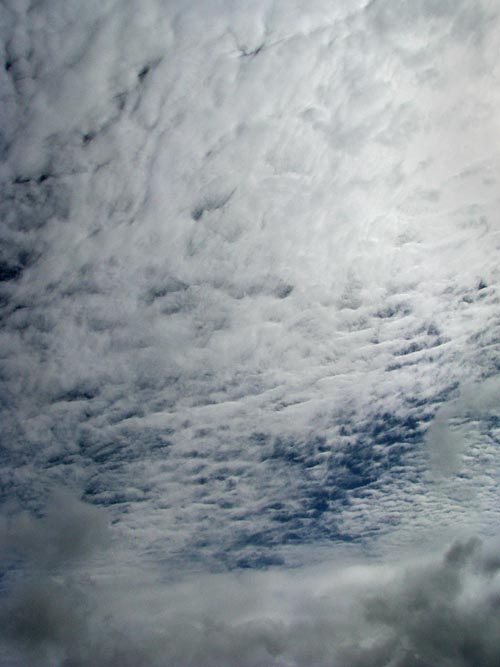 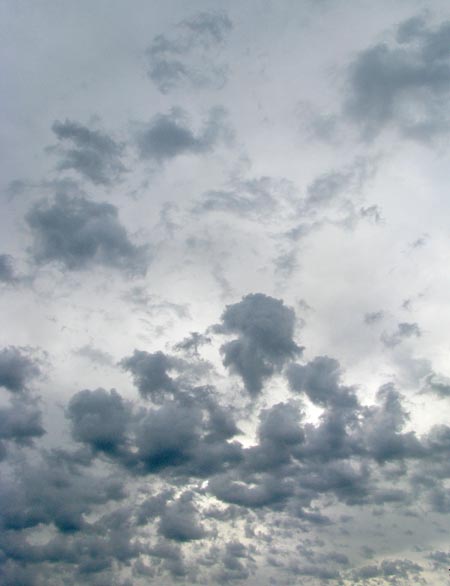 We're 'sposed to get some rain tonite, tommorow, but nothing to get excited about, showers is about it, probably to move south of me by early PM. Thru the night, some nice rain. By 7 AM friday, it looks like it's over, but looks can be deceiving - By 8:30, skies have turned ugly, i get rained on, on the the way to work. But that's it - the skies are filled with huge beautifully puffy cumulus. There are long range forecasts for another round like this one, middle of next week.
4/25 - some serious wind, 'knock me over even though i walk with a cane' wind.
5/5 - In the last 10 days, a few systems have come ashore, but not much rain where i am, close to the coast. 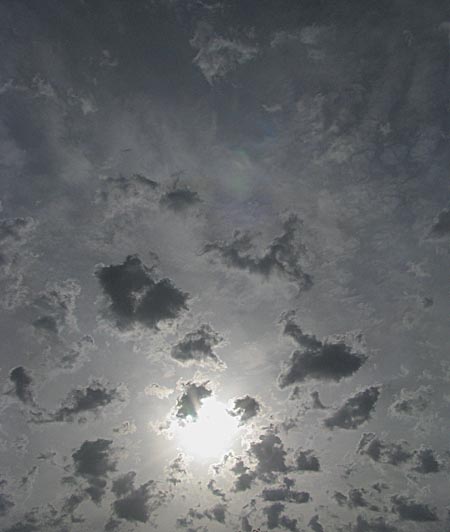 The real action seems to be east of me, as the front passes over the Sierras - read latest entry in http://weatherwest.com.
Here's what the snow pack looks like: 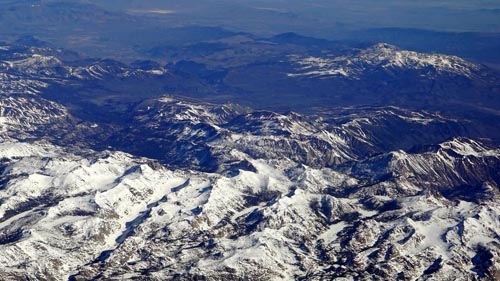 Guess not. Summer is right around the corner, and that means coastal fog... if el nino doesn't mess with that too. 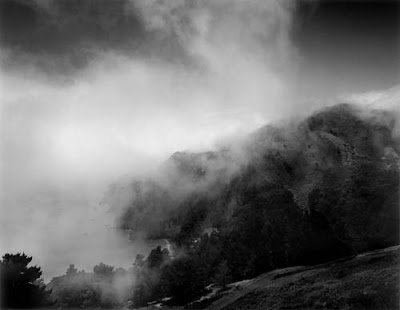 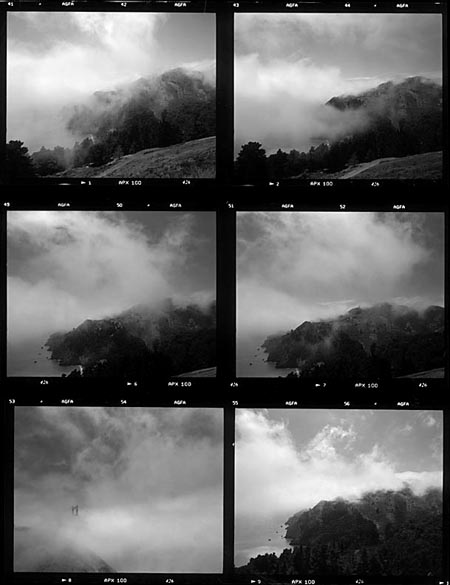 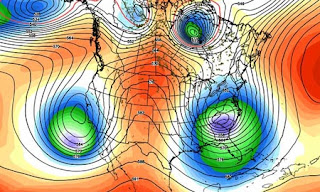 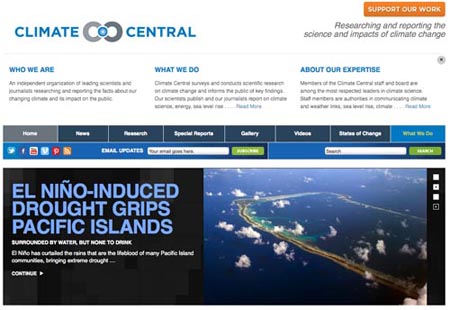 http://www.scientificamerican.com/article/stunning-cloud-maps-reveal-life-on-earth/
http://www.nytimes.com/2016/04/19/opinion/a-new-dark-age-looms.html
"Our foundation of Earth knowledge, largely derived from historically observed patterns, has been central to society’s progress......
But as Earth warms, our historical understanding will turn obsolete faster than we can replace it with new knowledge."

A good read, for sure. The New York Times will never let ya down :-) 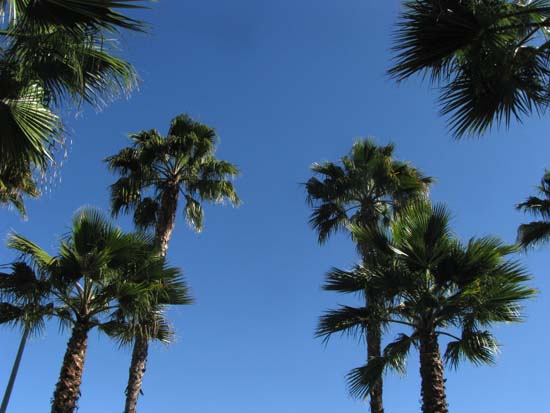 I'll survive this, no problem ;-)
Posted by CaliforniaSilverwizard at 5:57 PM No comments: