We got some relief, but not much.

I have been watching this winter's weather unfold w/ no small amount of amusement.
I grew up back east, in Maine & New Hampshire. I remember winters well, there were only three colors, the white of snow, the green of pine trees, and the cold blue sky. Out west, where I am, the California coast, it's a bit more varied - we hope for rain, and variously green hillsides, partly cloudy skies. Which this year has not been the case. My color pallette has been confused by brown hills.
But at the beginning of March that hi pressure system that had been parked over the eastern Pacific drifted south, and the jet stream drifted south too...
and the 'storm door' opened: 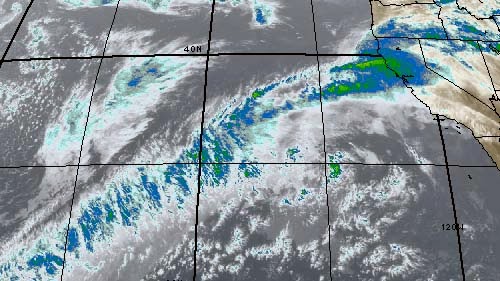 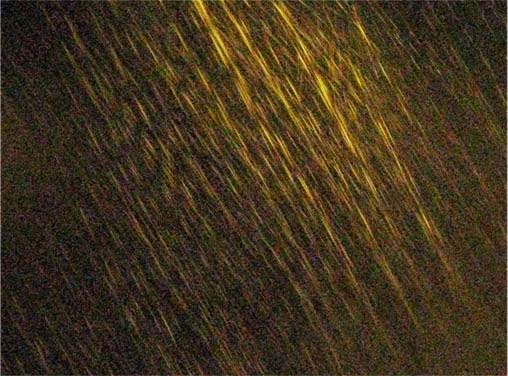 It also brought some nice clouds. I can't classify all these, or name them, there are many layers, some made a bit soft by a lowest layer of 'off the ocean mist'(light fog). 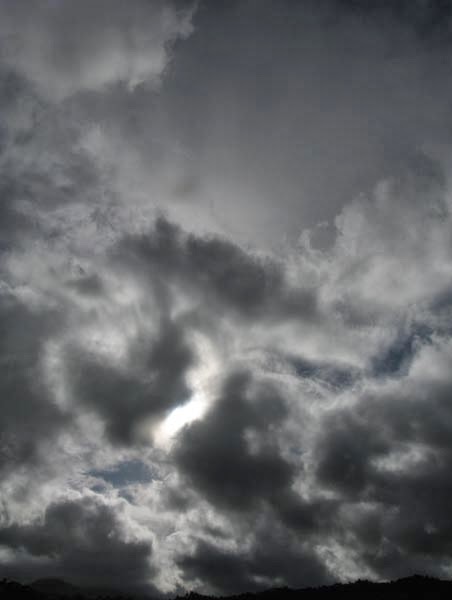 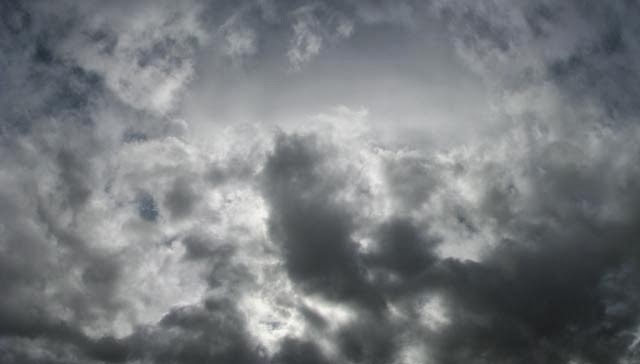 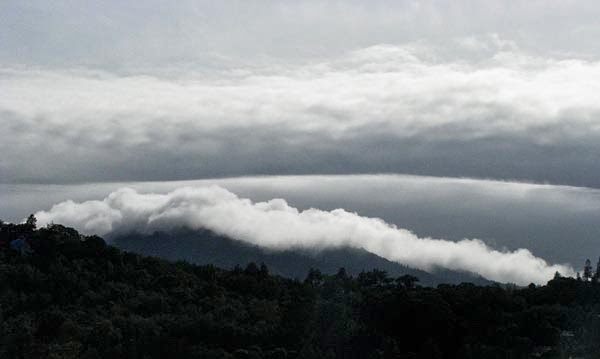 After they passed, it's been a cirrus sky.
These are definitely cirrus uncinus, a subform of cirrus clouds. 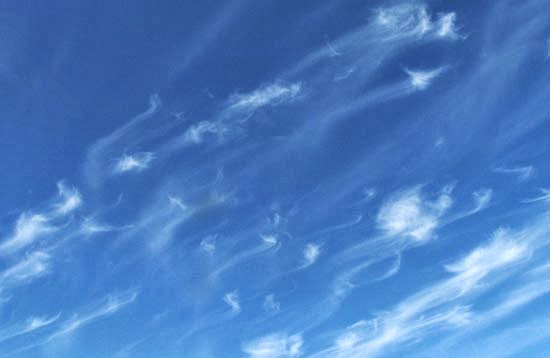 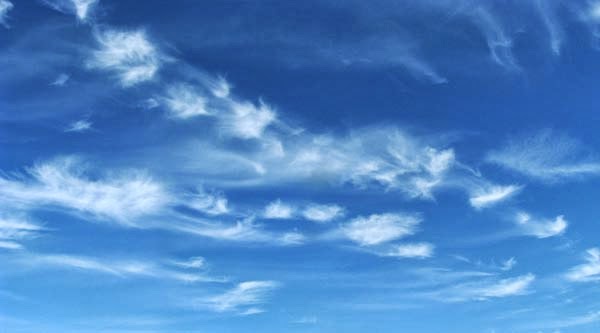 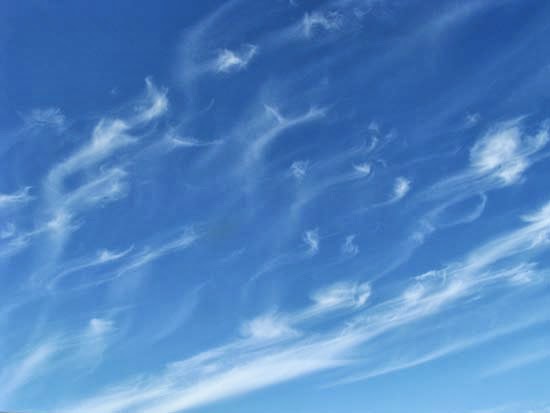 It is interesting to note that cirrus clouds are also seen on other planets:
Mars, Jupiter, Saturn, Uranus and Neptune... if it is indeed a planet. 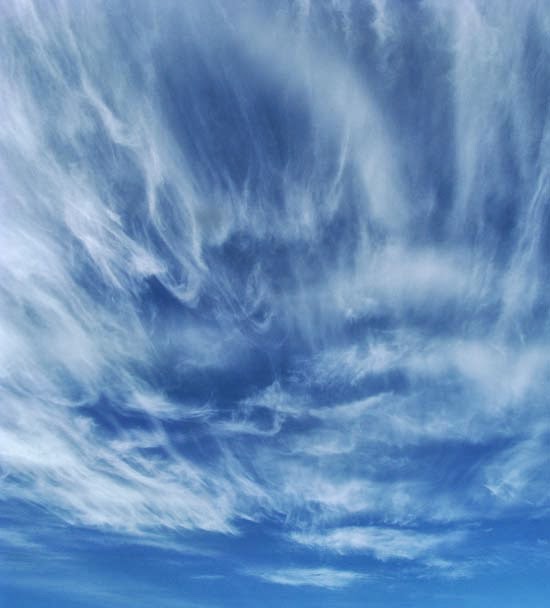 Meanwhile, drought is the topic du jour. Just because we had some rain doesn't mean we are out of the woods, oh no, not by a long shot.

"Within the span of a single afternoon, it’s possible to witness the past, present, and future of water issues in the West. We accomplished this by driving past the Hoover Dam, through Las Vegas, and on into California via Death Valley."

Harpers Magazine:
Only viewable in full if you are a subscriber, but i strongly urge you become one.
It'll be the best 35$ you ever spent, i read the paper mag. from cover to cover.

"It was a river of drought, low enough that we could walk alongside the rafts, our feet sinking into the silky bottom. We had put in near Moab, Utah, at the mouth of Meander Canyon, where the Colorado River turns sluggish after racing out of the Rocky Mountains. There would be no worry about rapids for the next forty miles, not until Cataract Canyon, a stretch of white water that has a penchant for flipping boats and killing boatmen. Occasionally our rafts caught on sandbars and spun like lily pads, and we had to rally around them in the water and push. Where the flow deepened to the waist, a big-toothed writer named Bill deBuys, of New Mexico, who was once a finalist for the Pulitzer Prize for his book River of Traps, got out and swam. All but one of our party — the trip leader, John Weisheit, a slope-shouldered, slow-talking Moab river runner who had given up alcohol — popped open cold beers and jumped into the water, escaping the August heat as our boats drifted....."

While some areas of California face supply cutbacks because of the drought, the Imperial Valley has all the water it can use, thanks to senior rights on the Colorado River established decades ago.

On the other hand.......
Most Central Valley growers to get no water from Central Valley Project
http://www.latimes.com/science/sciencenow/la-sci-sn-drought-cvp-20140221,0,3521779.story

Because they got there first, irrigation districts most Californians have never heard of have dibs on vast amounts of water upstream from the delta— even in times of drought.
Thanks to seniority, powerful Central Valley irrigation districts that most Californians have never heard of are at the head of the line for vast amounts of water, even at the expense of the environment and the rest of the state

It's good to see that this talk about drought has brought the topic of water use in the west into the headlines, and fostered some discussion and attention.

"19th century policies underlie today's crises"
You reap what you sow.
Posted by CaliforniaSilverwizard at 11:30 AM No comments:

A little drought relief, but not much

The same thing has happened w/ all my blogs - I start them out thinking i will deal w/ one thing, and then something comes up, and they evolve. This one started being about skies, clouds. Then November, December, and January passed in Nor.Cal., w/ next to no rain, and the we are hearing 'drought' in the media. So the blog evolves.

Feb 5 - We got a little something comin' our way, but not a soaker, looks like just some showers.
"The North Coast needs an additional foot of rain between now and May just to get back to drought conditions seen in 1977, and even then Lake Mendocino could still go bone dry by autumn for the first time in recorded history, water officials said Tuesday."
http://www.pressdemocrat.com/article/20140204/business/140209858

Got a very interesting book to read in the evening in between Netflix DVD deliveries: 'Cadillac Desert' by Mark Reisner, published in 1986 is an excellent book about the west and it's water. Or lack of it.
John Wesley Powell was one of the most well known and wise of the first explorers, and already, in his travels he could see the problems that lay ahead.
http://en.wikipedia.org/wiki/John_Wesley_Powell
http://www.newworldencyclopedia.org/entry/John_Wesley_Powell
http://www.canyon-country.com/lakepowell/jwpowell.htm

Lake Powell (above) is another huge reservoir that many consider an abomination.
http://en.wikipedia.org/wiki/Lake_Powell
http://lakepowell.water-data.com/

SF gets it's water from Hetch Hetchy:
http://en.wikipedia.org/wiki/Hetch_Hetchy_Valley
http://www.sierranevadaphotos.com/gallery/hetch_hetchy/index.asp
There are those who would want to restore HH to it's previous condition, a river valley that is not dammed. What does SF do for water then?
http://www.hetchhetchy.org/

Then there's the history of Owens lake, drained to slake L.A.'s thirst.
http://en.wikipedia.org/wiki/Owens_Lake
Today, some of the flow of the river has been restored, and the lake now contains some water. Nevertheless, in 2013, it is the largest single source of dust pollution in the United States.
http://www.owenslakeproject.com/
The page starts w/ the text - "exploitation" - That says it all, doesn't it?
(Many good photos here.) 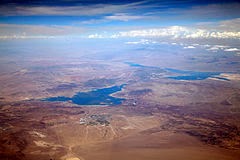 Finally, Friday 6 PM 2/7, we get a little bit of rain, not quite 'cats and dogs' but not far from it.
Will this end the drought? No way, we have a long way to go.
http://www.sfgate.com/bayarea/article/California-drought-Storm-a-reprieve-not-a-cure-5222416.php

Pineapple Express is kicking in again. It's been sending moisture... over Oregon and Washington. Nothing gets here.
2/15 AM - Finally the P.E. drifts south. A satellite radar looks good, but is it raining in the SF bay area? Not yet...

Back east, where i spent my first 40 years, they are getting whacked recently, big time, snow, ice(frozen rain), sleet.
They just don't have many snowplows in Atlanta.
And forecasters cannot tell you everything.
http://www.livescience.com/43345-snow-forecasting-challenges.html
"...forecasters need to understand the vertical structure of temperatures in the atmosphere — from high up in the atmosphere all the way down to surface temperatures — in order to figure out what type of precipitation will fall, and how much..."

At least we are doing much better then we did 100 years ago, when Galveston TX got hit pretty much unaware by a monster hurricane:

An interesting but needlessly visually longwinded graphic:
http://www.livescience.com/29572-earth-atmosphere-layers-atmospheric-pressure-infographic.html
An El Nino year would be great:
http://news.yahoo.com/scientists-tout-el-ni-o-forecast-others-doubt-202723166.html

But I ain't holdin' my breath.

We should never forget that settling the west was, and is, tenuous at best. We should have learned from the comings and goings of all previous native american cultures, who moved or disappeared when conditions made life impossible. In the internet age, I guess learning from the deep past is anathema to us all. Software that is a few years old is considered ancient history. So.. who cares about events of a few hundred or thousand years ago?

Back to 'rain', more recent.
Finally, the last few days of February, we get some good soakers with strong winds. Then of course we have other problems - power lines go down, roads get flash flooded, and areas that had recent wildfires are prone to mudslides.
To quote the pithy and hilarious 'Rose-anne-rose-anna-dana' (Gilda Radner/SNL in the 70's) "If it isn't one thing, it's anotha..."
One thing I like about these storms off the ocean is that after the main front passes, there is a period when some remaining storm energy passes thru, makes for on and off rain, and on & off sunlight, meaty clouds: 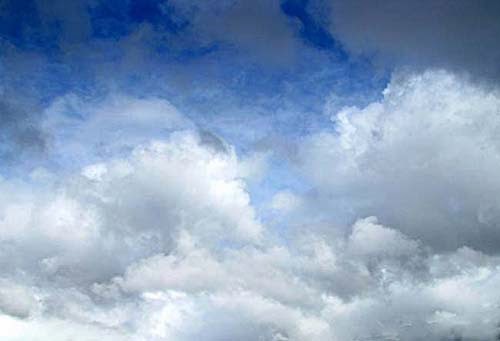 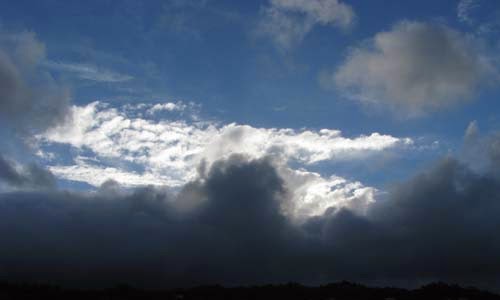 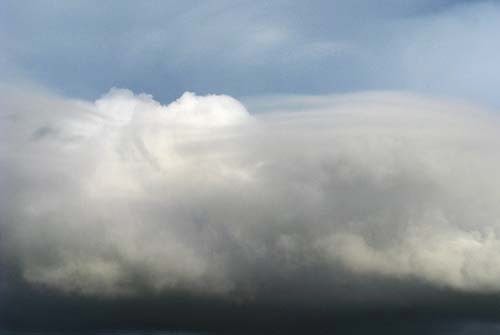 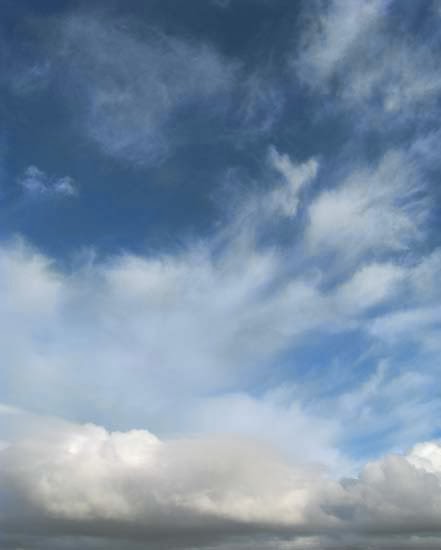 Somewhere along the way this month, there was a nice sunset: 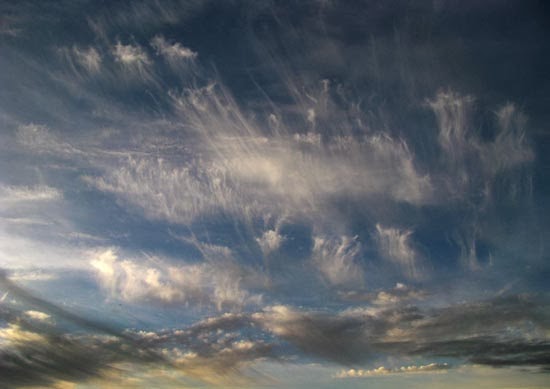 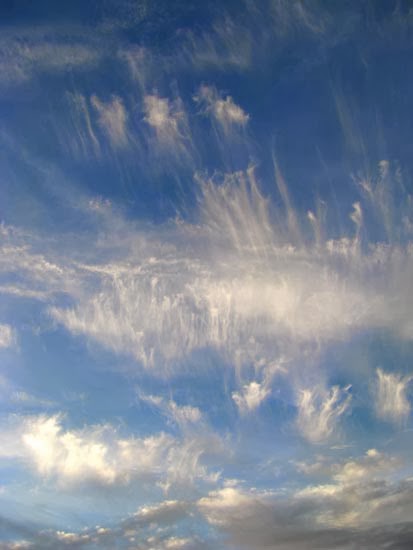 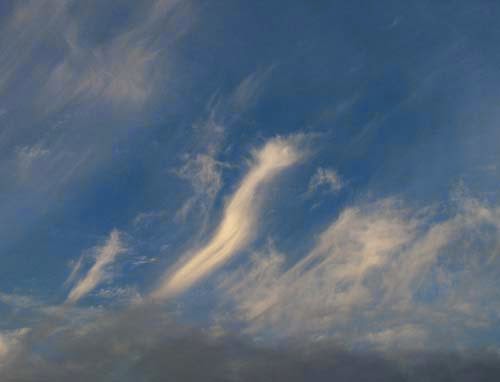 This one isn't western, but it's too amazing not to mention: 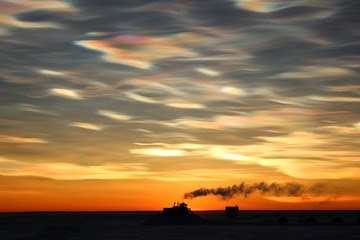 "A stunning sunrise at McMurdo Station in Antartica is made more dramatic by waves of nacreous, or polar stratospheric, clouds. These formations are polar clouds in the second layer of Earth's atmosphere, at altitudes between 49,000 feet to 82,000 feet (15,000 meters to 25,000 meters).

While beautiful to behold, polar stratospheric clouds are surprisingly destructive, and play a key role in the formation of ozone holes over Antartica and the Arctic, according to the Australian Antarctic Division, a branch of the Australian government's Department of the Environment. Polar stratospheric clouds provide a surface for chlorine gases in the atmosphere (from man-made chlorofluorocarbons and other pollutants) can react and form molecules that destroy ozone."

On this same page was a link to a really nice collection:
http://www.livescience.com/11256-curious-clouds.html


As I write on Sunday March 2, the forecast for the next week looks like this:

Posted by CaliforniaSilverwizard at 10:04 AM No comments: