What did the rest of May and June bring? Mostly boredom!

Absolutely nothing noteworthy. Nada, Zilch. The next few months? Perhaps maybe some fog, off the ocean.
Fog is our (=those who live close to the Ca coast) natural air conditioner, it sweeps in overnite, the morning is overcast, it burns off to the ocean by midday. The daily weather report becomes a mantra = 'low clouds and fog extending inland overnite, receding to the coast by midday, temps? 60 at the coast, 70-80 around the bay, 90's inland'.
I'd like to be well paid for being so repetitive!
By mid-afternoon, it can surge in again from the coast.
On Sun, May 29, i went to Marin headlands, and that was exactly what happened, it surged in again at mid-afternoon. 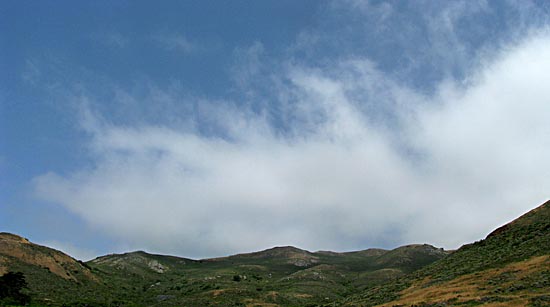 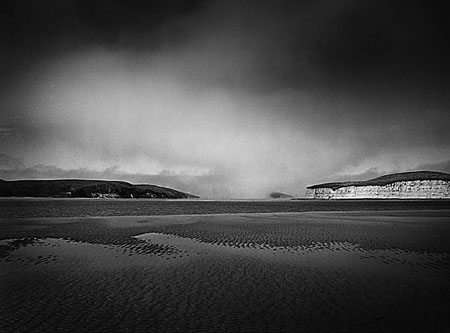 Whoaa!!Not so fast..........!!
Recent days, June 12 or so, have brought some interesting things to the Bay area - two systems ( a low and i high) have rubbed up against each other, and made 'looking up' a lot more interesting :-) 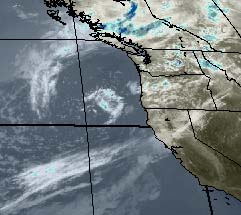 "DISCUSSION...as of 1:55 PM PDT Wednesday...Under partly cloudy
skies, area temperatures are running cooler than yesterday at this
time at most locations with most readings in the 60s. Moderate to
strong west winds are also occurring with many airports reporting
gusts from 25 to 35 mph. The gusty west winds will diminish late
tonight. Meanwhile, clouds are increasing from the north as a
frontal system approaches northern california.

The upper level low will drop southward just off of the Pacific
Northwest Coast tonight. As this occurs, a frontal boundary will
move through much of Northern California bringing shower chances
to at least the northern half of the district late tonight and
Thursday. Rain is forecast to begin in the far North Bay after
midnight and spread south into the San Francisco area by late
morning/early afternoon.

Rain? In June??
This I've gotta see to believe!

At Wed. 7:30PM? Barely a cloud in the sky. Thursday brought lots of nice skies though. 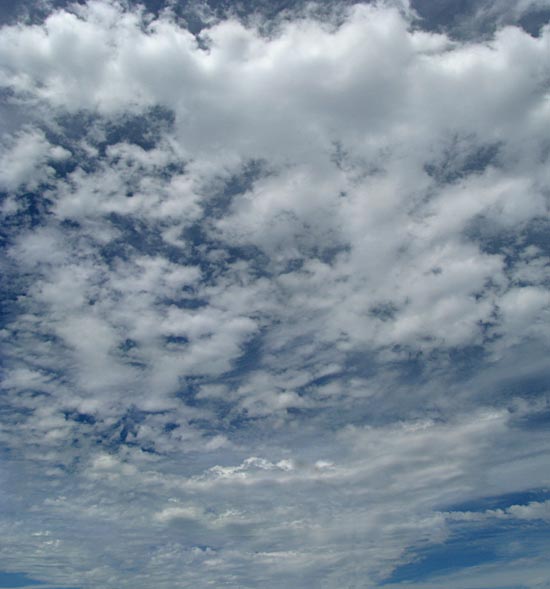 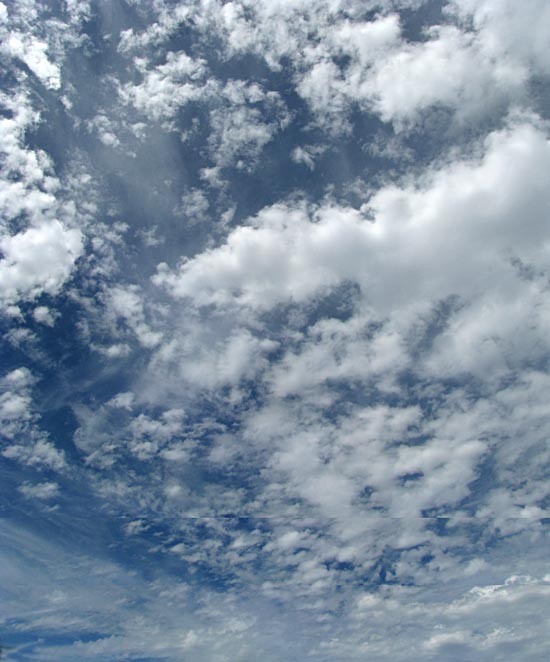 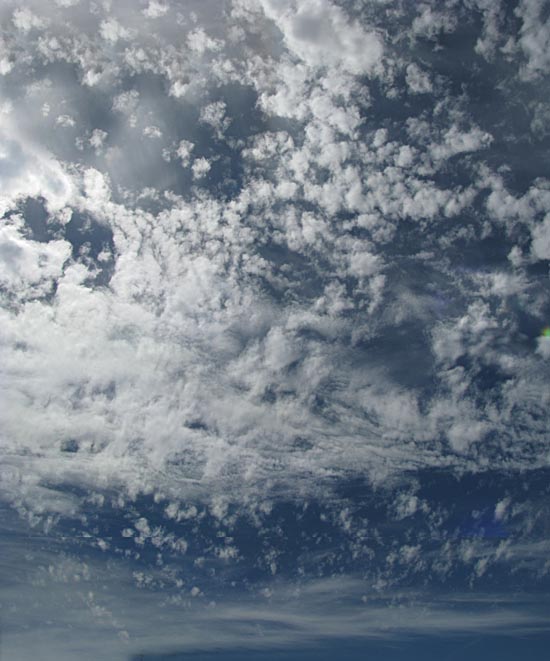 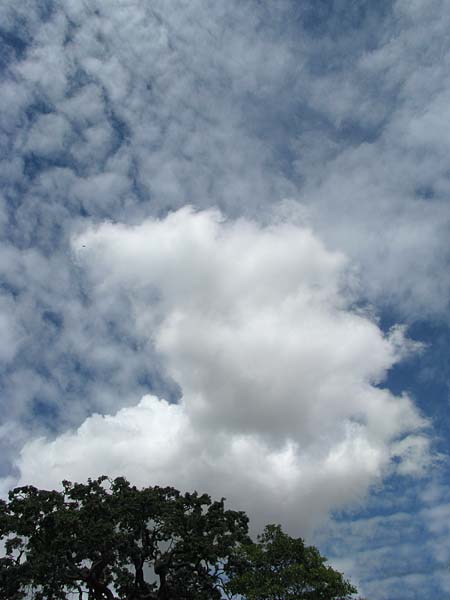 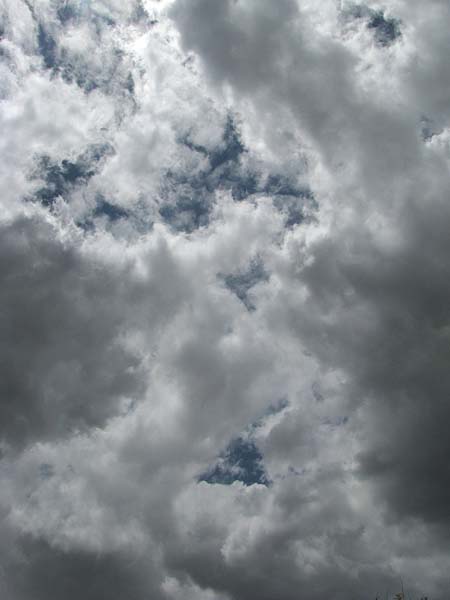 There was a nice sunrise in there. It was cinematic - changed constantly, minute by minute.
Here's about 1 hrs. worth out my north facing windows: 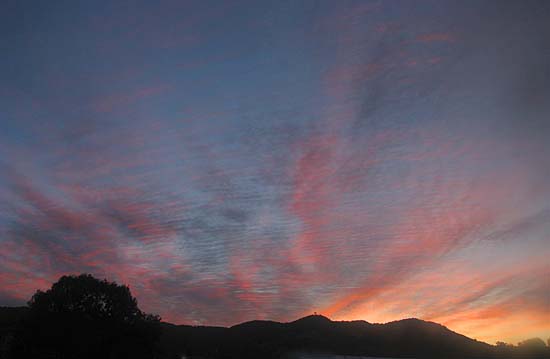 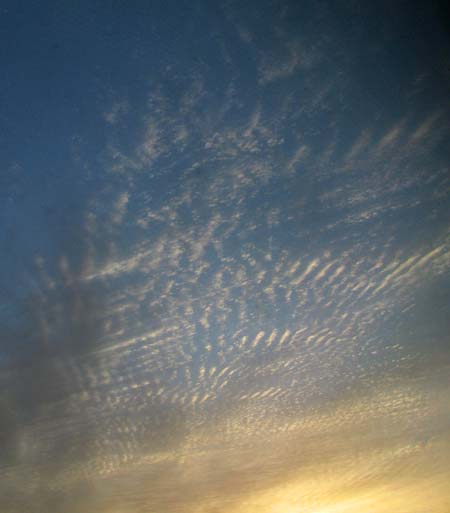 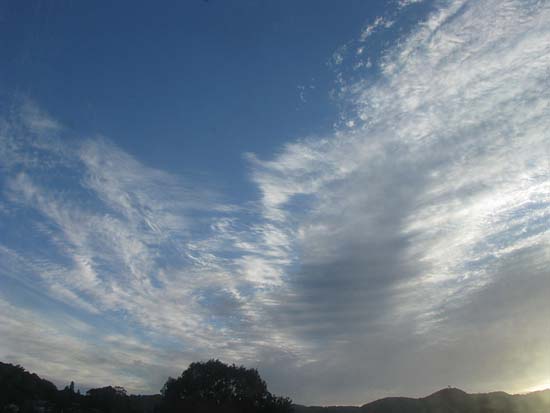 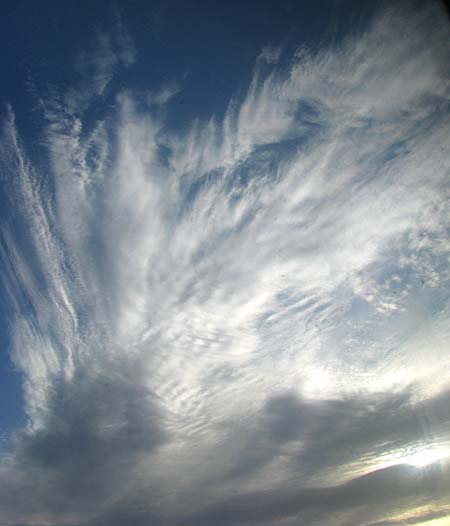 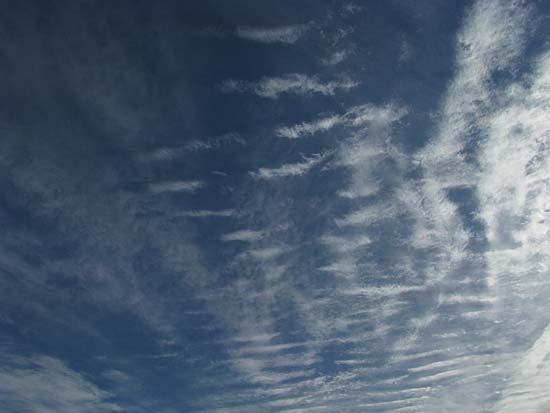 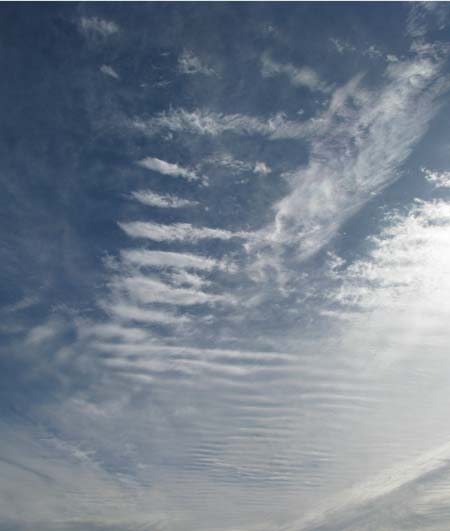 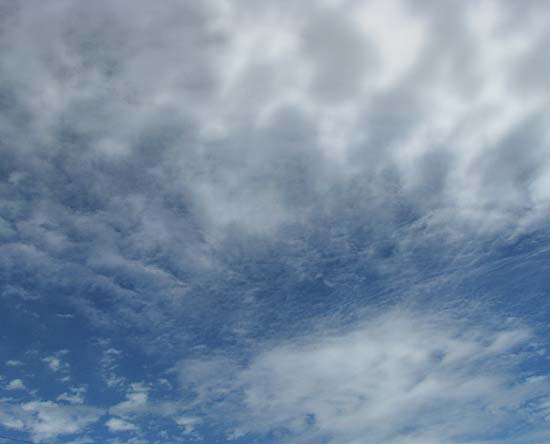 Who knows what tomorrow will bring?! - I'll be back!
Posted by CaliforniaSilverwizard at 4:41 PM No comments: